The Merovingian Kings were the historical impetus to consolidate the ancient world into concise fiefdoms. The Roman Gaul and other societies were brought into the structure. Each sect would be distributed among sons as well as unified with marriages of daughters to create what Western Civilization recognizes as states/nations.


Over a four hundred year period, the ancient world was transformed into discernible  applications of political power as seen in the map to the right.

Merovingian law was not universal law equally applicable to all; it was applied to each man according to his origin: Ripuarian Franks were subject to their own Lex Ripuaria, codified at a late date,[9] while the so-called Lex Salica (Salic Law) of the Salian clans, first tentatively codified in 511[10] was invoked under medieval exigencies as late as the Valois era. In this the Franks lagged behind the Burgundians and the Visigoths, that they had no universal Roman-based law. In Merovingian times, law remained in the rote memorisation of rachimburgs, who memorised all the precedents on which it was based, for Merovingian law did not admit of the concept of creating new law, only of maintaining tradition. Nor did its Germanic traditions offer any code of civil law required of urbanised society, such as Justinian I caused to be assembled and promulgated in the Byzantine Empire. The few surviving Merovingian edicts are almost entirely concerned with settling divisions of estates among heirs.

Diagram of the familial genealogy as well as how the political power was passed down from generation to generation. 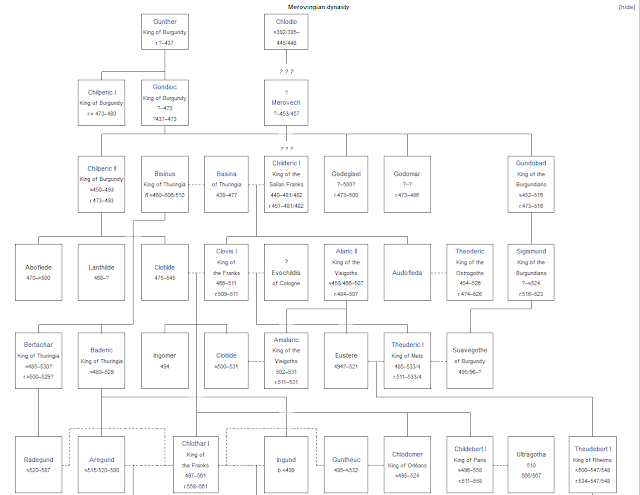 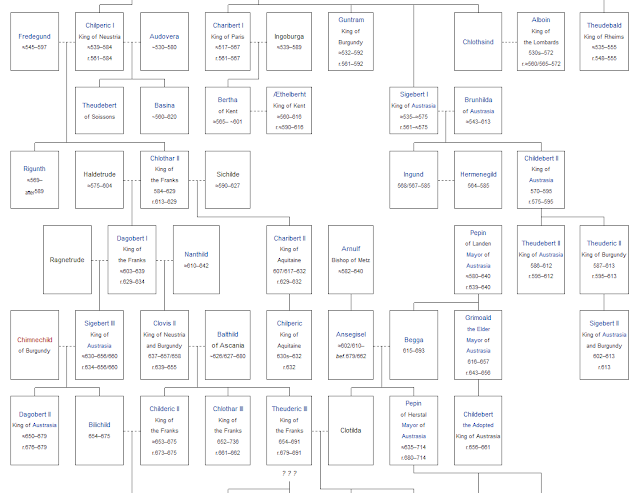 
If any of your ancestors can be traced to one of these houses, and some other minor lines, then it is possible you too are of Merovingian descent.

So far, de Chisholme, de Grylyngton, and O'Maolain can trace their lines through various marriages back to these ancient royal lineages.

Some surnames associated with these marriages and their ancestral lines include but are not limited to: