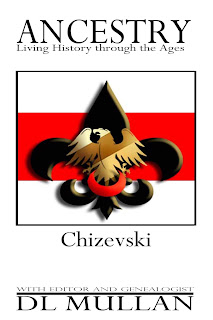 Russian Jews fleeing the Bolshevik Revolution in Belarus circa 1915-1917 came to America. Ivan Chizevski (Ellis Island phoenetic spelling to Chasky? The name was changed through the court via his naturalized citizenship.) owned a farm in the foreign land in which the Bolsheviks took over. He and his refugee wife and daughter made it to the United States after a year.

Pearl stated she spent time on a cattle barge during her journey as a child under the age of 5 to America. She knew only Russian and had to learn English before she was allowed into kindergarten.

The unconfirmed rumor is that Ivan killed a Bolshevik in self-defense over the stealing of his property into the communal system of Socialism.