An ancient bloodline that has run the gambit of history. 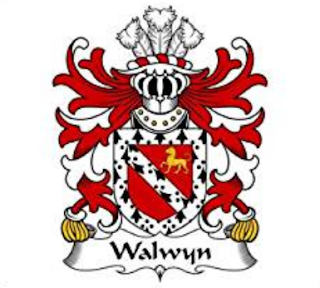 Early Origins of the Wallen family

The surname Wallen was first found in Pembrokeshire (Welsh: Sir Benfro), a county in south-west Wales, anciently part of the Welsh kingdom of Deheubarth, where the family claim descent from Gualgnain or Gwalwynne, who was King Arthur's sister's son, as attested by historians William of Malmesbury, and Robert of Gloucester. The name traces its roots to Normandy where Geoffry Wawein was listed there in 1198.

The Domesday Book lists the name as Walduinus in Staffordshire. [1] Later in 1205, Welwin was listed in Essex.

John Wallensis, Walensis or Galensis (about 1215) was a Welsh canon lawyer who taught at Bologna, and wrote glosses and another John Wallensis or Waleys (fl. 1283), was a Franciscan, described as 'of Worcester' in a manuscript of his 'Summa Collectionum' at Peterhouse. Thomas Wallensis or Gualensis (d. 1255), was a Welsh divine, Bishop of St. David's, former a canon of Lincoln in 1235
Early Notables of the Wallen family (pre 1700)

Migration of the Wallen family to the New World and Oceana

Many Welsh families joined their Scottish and Irish neighbors during the late 1800s and early 1900s in seeking refuge in North America. Like the Irish and Scottish, many Welsh anxiously awaited the work, freedom, and opportunities that they believed lay in North America. Those who did journey over to the United States and what became known as Canada often realized those dreams, but only through much toil and perseverance. Whenever and however these Welsh immigrants arrived in North America, they were instrumental in the creation of the industry, commerce, and cultural heritage within those two developing nations. In the immigration and passenger lists a number of early immigrants bearing the name Wallen were found.