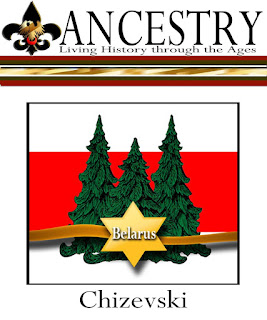 Eastern Europe is a different culture than the United States when it comes to naming children, especially at the turn of the 20th Century.

Ashkenazic Jews had a strong tradition that mandated that a baby be named after a deceased relative. It is important to understand that this is a tradition, and is not codified in Jewish law.

No evidence of such a tradition appears in the Bible, in which most names are unique. The custom seems to have started in the first and second century CE, and to have become entrenched by the 12th century. By the 12th century in Europe, we find given names repeating every other generation within families, as a baby was typically named for a grandfather or grandmother. Generally, the child was named for the closest deceased relative for whom no one else in that immediate family was already named. Highest priority goes to the child's mother, if she had died in childbirth, or the father, if he had died before the baby was born.

If any of the four grandparents were deceased, a baby would be named after one of them; otherwise the great-grandparents or, perhaps, a sibling of one of the parents. During the 19th century in Eastern Europe, a girl was typically named after a female relative, a boy after a male relative. Usually, a baby was not given the same name as a sibling who had previously died, although some cases of this have been seen.

The other two sects had their own way. Ashkenazim do not name babies after living relatives. Sephardim have a more medieval European tradition of naming their children in honor of living grandparents, usually in a fixed order such as: the first son is named for the father's father, the first daughter for the father's mother. The next son is named in honor of his mother's father and the second girl for her maternal grandmother.

Being Russian further complicates genealogical research. The Russian naming convention is as follows:

Russian names generally consist the three parts: the first or given name, the patronymic, and the last or family name. The patryonymic is created by taking the given name of a person's father and adding a suffix to it. This suffix means "son of" or "daughter of." Thus the patronymic takes a different form for men than it does for women. The most common men's suffixes are -ovich or -evich while for a woman they are -ovna or -evna. 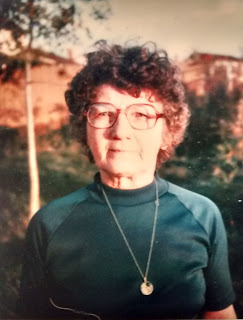 So depending on which Jewish sect my grandmother Pearl Mullan belonged to will determine how to discover additional relatives.

As for her Belarussian name, is not her American convention of Pearl Veronica Chasky, then she married a Mullan. Pearl is definitely American, not Russian and certainly not Jewish.

Here is how to search for her Russian name: Veronika Ivanova Chizevskia.

Pearl Veronica is her American legal name. She told me before she got too ill with breast cancer to travel from Iowa to Arizona, where I lived as a teenager, that her name was Victoria... not Veronica.

So if all else fails, search Belarussian birth records for Viktoria Ivanova Chizevskia.

Just for an example, if my grandmother lived in Belarus and married a Mullan, her legal name would have been Veronika (or Viktoria) Ivanova Mullana.

Her middle name should lead you to her father.

Posted by Undawnted at 3:33 PM